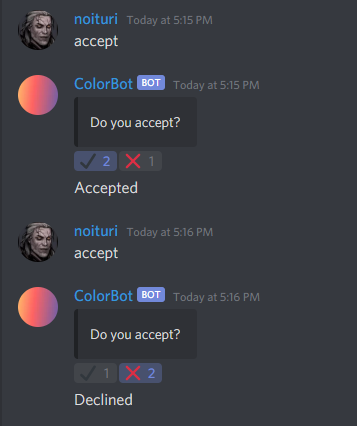 📝 Reaction roles are not possible at the moment since awaited reactions can only be triggered by the author and they expire whenever the bot goes offline.

To create an awaited reaction command, following functions and callback are used :

This function is used to await an reaction command.

📝 You can group reactions by specifying more "command names" and "reactions" in $awaitReactions[].

⚠️ In group reactions, when one reaction is used, the others stop working i.e let's say, a command awaits two reactions (✔️ & ❌). If the user reacts ✔️ then ❌ stops working.

$reaction[] is a callback. It gets triggered whenever an awaited reaction occurs.

This function is used to return the emoji which was triggered in $reaction[] command. 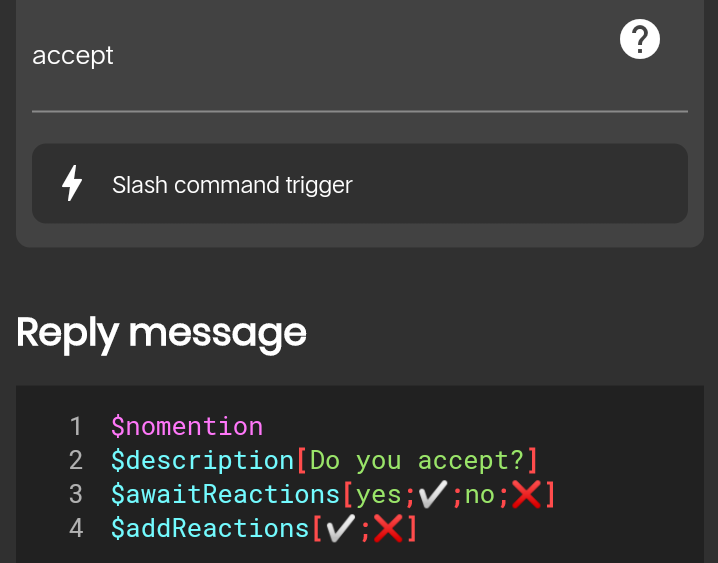 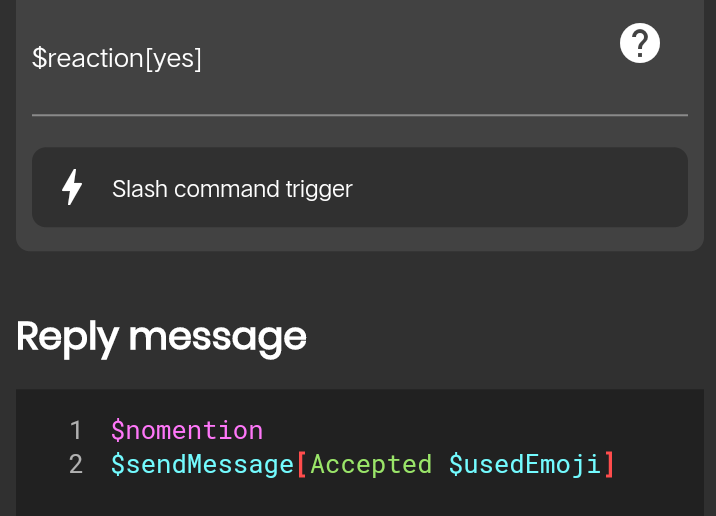 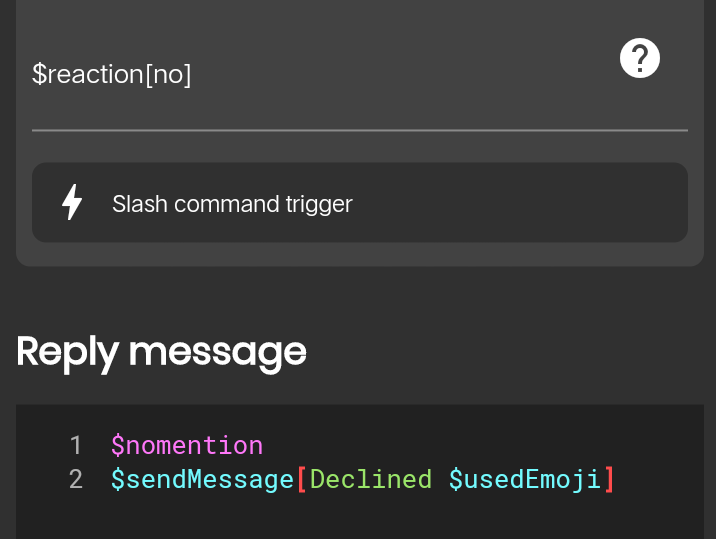 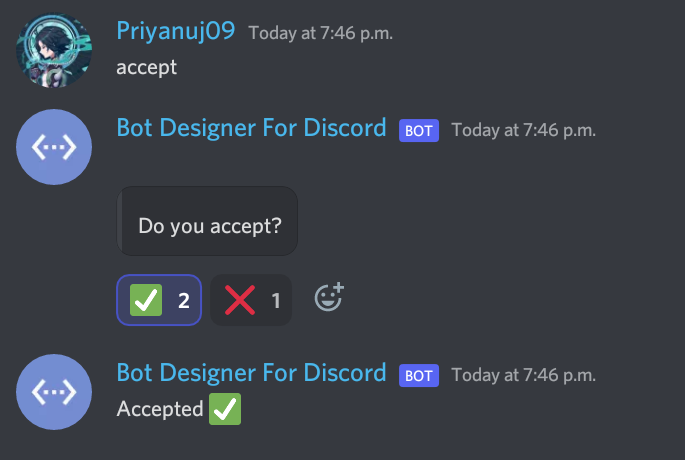